As a team coach for a distributed team I wanted to have a tool for the retrospective to foster trust among team members.

The team had gone through a phase of changes: First, we were getting distributed due to the Corona pandemic, then we lost some team members for various reasons. Their successors came in at different points in time, and we hired two more people on top so that, by December 2020, six out of 12 people were more or less new on the team.

In order to establish trust, you have to take risks. You need to open up and reveal information about yourself. Then you look what others do with this information. If you see that it is not used against you, trust can emerge. On the other hand, you want to keep these risks small, so that damage will be limited, should the others prove to be untrustworthy.

So there was the challenge: Find a tool for your team to offer them a low-risk way of opening up and thereby

Moving Motivators from Management 3.0 seemed like a perfect pick – it offers a playful way to talk about what motivates us by using 10 common intrinsic motivators. These motivators are work-related, so every participant can choose to offer only work-related things. This helps limit the risk of opening up too much while enabling to share information that is relevant for the other team members. More on Moving Motivators and how it can be used can be found on https://management30.com/practice/moving-motivators/.

It was the first retrospective with all the new team members and we had to do it completely remote. Some of the team members had never met each other and the corporate environment is quite restrictive as far as tools are concerned.

So we settled on Skype for Business to do the conferencing and used Conceptboard as an interactive whiteboard. I had prepared an extra section on the board for every participant where they would find cards for the 10 motivators (CHAMPFROGS) arranged in two rows and ordered alphabetically (see Figure 1).

After having started the retrospective with the „3 for 1“ activity, I went on to explain Moving Motivators to the team. We were about to play two rounds.

In the first round, I asked everyone to re-order the cards to build their own sequence. I had planned 5 minutes for that, but this proved insufficient. We needed 8 minutes for everyone to complete the re-ordering.

Then it was time for everyone to share their motivators with the team. In order to make it a little easier for them, I had also ordered my personal set of cards and voluntarily went first in sharing my results. I had told them in the briefing that the game was about work-related things, but now I also shared some private views.

Sharing motivators and giving some background on why one would rank one motivator higher than another took quite some time, but revealed a lot about the team members. There were differences, but also commonalities. Order and Status, for instance, were consistently put at the less important end of the line by all team members, not surprising for an agile team :o) See Figure 2 for my personal ranking.

As I have realized only afterwards, I had put Autonomy (a.k.a. Freedom), Mastery and Purpose (a.k.a. Goal) in front of all the others – probably because I was influenced by Dan Pink’s Drive.

Since it was also the last retrospective for the team in 2020, I decided to play round 2 so that it would contain a review on 2020 and a reflection on the changes that were inflicted on both the „new“ and the „old“ members of the team.

So the question to be answered for round 2 was: „In what way have the changes that you faced in 2020 affected your motivators?“

That way, team members could take into consideration the effects of their changing teams (if applicable) as well as changes related to the pandemic.

If the changes had a positive impact, they would move the card upwards, if they had a negative impact, cards were to be moved downwards. If there was no effect (or if effects canceled each other out), cards would stay where they were – between the dotted lines.

This time, we were able to complete the exercise within 5 minutes. See my results in Figure 3.

Again, sharing and explaining effects with the team took a lot of time, about 40 minutes, adding up to a total time of about 2 hours for the complete retrospective (including the 3 for 1 and a quick feedback round at the end).

Some of what the team members shared could have been expected, but some statements were surprising. One of the new team members had moved almost all motivators upwards, due to the team change, but there was also a (long-time) team member whose most important motivators were almost all negatively impacted by the changes caused by the pandemic.

Unfortunately, we did not have enough time to reflect deeper on how to proceed with the findings, because the workshop had taken longer than expected, but we agreed to continue in our next retrospective right after the Christmas break.

Despite that, feedback from the participants was utterly positive:

„Retro was super. Was able to get to know the team better. I like Conceptboard.“

„Good to hear what moves the team mates“

„Great opportunity to think about what is really important to me“

Moving Motivators turned out to be a good way to help team members get to know each other better in a playful and unobtrusive way. I can recommend it – also for IT teams :o) and will definitely continue using it in other occasions. 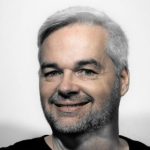 This website uses cookies to improve your experience while you navigate through the website. Out of these, the cookies that are categorized as necessary are stored on your browser as they are essential for the working of basic functionalities of the website. We also use third-party cookies that help us analyze and understand how you use this website. These cookies will be stored in your browser only with your consent. You also have the option to opt-out of these cookies. But opting out of some of these cookies may affect your browsing experience.
Necessary immer aktiv
Necessary cookies are absolutely essential for the website to function properly. These cookies ensure basic functionalities and security features of the website, anonymously.
Functional
Functional cookies help to perform certain functionalities like sharing the content of the website on social media platforms, collect feedbacks, and other third-party features.
Performance
Performance cookies are used to understand and analyze the key performance indexes of the website which helps in delivering a better user experience for the visitors.
Analytics
Analytical cookies are used to understand how visitors interact with the website. These cookies help provide information on metrics the number of visitors, bounce rate, traffic source, etc.
Advertisement
Advertisement cookies are used to provide visitors with relevant ads and marketing campaigns. These cookies track visitors across websites and collect information to provide customized ads.
Others
Other uncategorized cookies are those that are being analyzed and have not been classified into a category as yet.
SPEICHERN & AKZEPTIEREN
Unterstützt von